Well, it's Oct. 3rd and there are 8 days left until the NYCC of 2012.  Last year I attended the show mainly for the panel Kickstarter was putting on so I only stayed a couple of days and was not set up in artist alley.  This year I will be set up there in artist alley sharing a table with a friend.  I will tell you more later as I am not sure I should do it now.  I have just opened my con sketch list on twitter and facebook so I'm looking forward to getting a bunch of sketches done before the show.  Something I did for the Baltimore show and I really felt accomplished and able to relax post con.  If you are interested in a con sketch you can email me at talpasouk@hotmail.com, they are $100 a sketch and spots are limited.  Here are a couple of the ones I had left over from the Baltimore show. 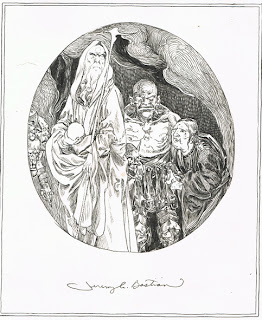 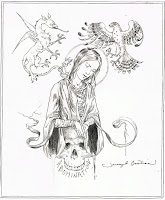 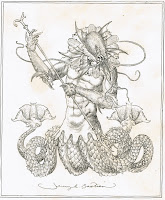 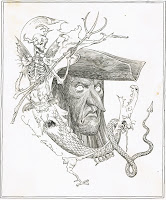 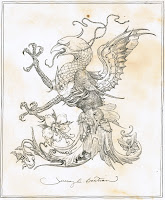 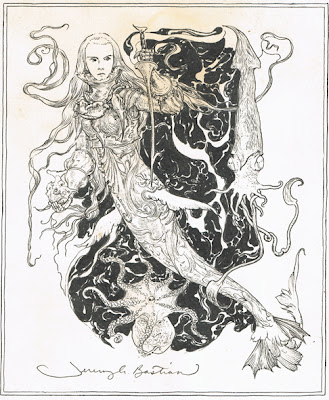 And maybe one day blogger.com will make it possible for me to arrange thumbnails in such an easy way as to not make me want to punch the computer screen.  :p

But anyway... This time I want to take more pre show commissions and then maybe one a day at the show.  At least that's the idea.  I am looking forward to the show although I do have some bad news.  There will not be copies of the Archaia hard cover version of CPG vol. one available.  There has been a slight delay in the production of the books at the printer.  I've been told we might not even be able to get them in stores before Christmas.  I guess this is just how it goes with every aspect of Cursed Pirate Girl... sloooooowwly.  Nothing new with that, am I right?  :)  Archaia is printing up a special print they will have there at the show, so I will have something to sign.  And I think I'm on a panel, similar to the world building panel I was on in Chicago.  So look for the Archaia booth for signing times and their panel schedule in the program book.  Or hunt me down in artist alley.

Also, the artist alley will not be in it's regular spot.  If you haven't gone to the NYCC website which is here, you might not know this.  So I downloaded the map of the convention for you.  I'm not quite sure I know where this is but I'll be there come Thurs. night. 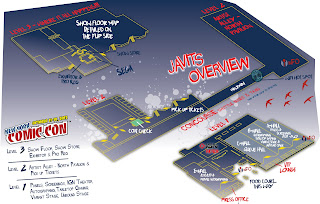 Although this could be easier for people who are just coming in, since the ticket pick up is on the same level, who knows.  WOOOOOO!  Comic Con!

Posted by JeremyBastian at 6:49 AM